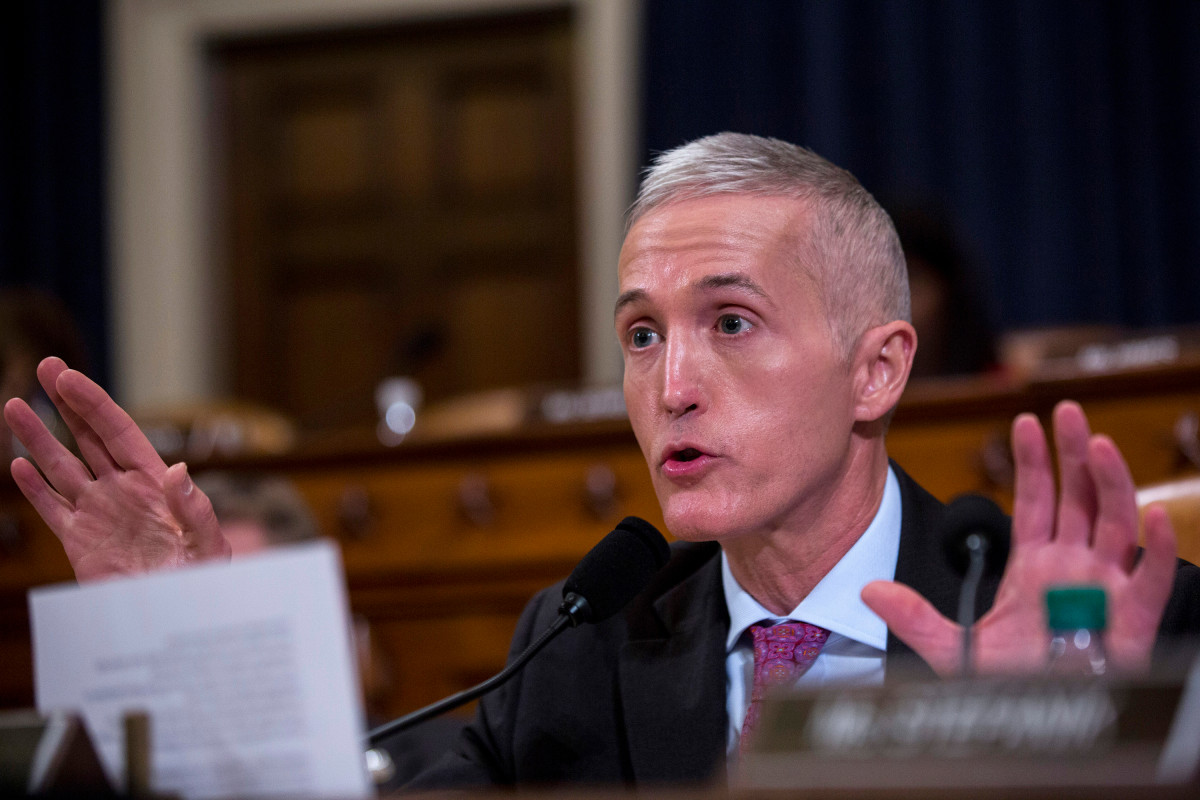 Donald Trump has no shortage of supporters offering advice on how to win a second term.

But there is one he should listen to.

And Trey Gowdy had one piece of advice for Trump that could turn the tables.

Former Republican Congressman Trey Gowdy appeared on Fox News Channel’s “Outnumbered Overtime” to discuss how President Trump plans to frame the election as a choice between Joe Biden’s surrendering to the mob and Donald Trump standing for law and order.

Even though Trey Gowdy is a former federal prosecutor Gowdy expressed concern about Trump’s “law and order” messaging claiming the President needed to find a different way to talk about the issue because he could come across as racist to minority voters.

“The other thing I would say is Republicans need to embrace law as a unifying, equalizing force,” Gowdy told host Harris Faulkner. “When I hear ‘law and order,’ I think it means something different to a white person than a person of color, but the law should be equalizing and unifying.”

Gowdy then outrageously suggested that President Trump and other Republicans should adopt Black Lives Matter talking points and also admit the criminal justice system could use some tweaking.

“So when we talk about law and that we’re a country of laws and not men and women, I think we need to do it in a more persuasive way, to see that it could be empowering for minority communities,” Gowdy added that the President should “admit our justice system could use some tweaking, whether it’s the ratio between cocaine base and cocaine powder, or access to diversion programs, there are legitimate arguments that it has had a disproportionately negative impact on communities of color.”

Gowdy did admit that the President was right to declare that American is in the middle of a massive culture war and that the fake news media actively helped the Democrats in this fight.

“I think what’s different is what once may have been a slightly level playing field, now Republicans perceive that not only are we fighting against Democrats, but the media, which used to be an impartial, dispassionate referee, is fully advocating on the side of the Democrats,” Gowdy declared.

But Gowdy suggested that the President needed to adopt more persuasive rhetoric.

Gowdy took a shot at President Trump – who routinely refers to a silent majority that supports law and order by stating that politicians need to “try to persuade voters and not just identify what may be silent majorities — and sometimes they’re not silent majorities.”

“I’m about persuasion,” Gowdy continued. “In a courtroom we had to persuade all 12 [jurors], in politics you just need to get 50.1 [percent] and I think that’s why our country is as fractured as it is.”

Elections are contests of mobilization.

If the President wastes his time following Trey Gowdy’s advice trying to persuade people that hate him to vote for him as opposed to mobilizing the Americans that support him then he will lose the election.