Control of Congress, Race for the White House

Joe Biden is set to make his Vice Presidential selection in the coming weeks. Give…

Kamala Harris’ World Collapsed Before Her Very Eyes After This Implosion

Kamala Harris entered the second Democrat Presidential debate rising into the top tier. But then…

President Trump is looking to shake up the Presidential race. Trump didn’t have to look…

Donald Trump has been warning Americans about this for months. And his worst nightmare just…

Amy Coney Barrett is heading towards confirmation on the Supreme Court. But before that happened… 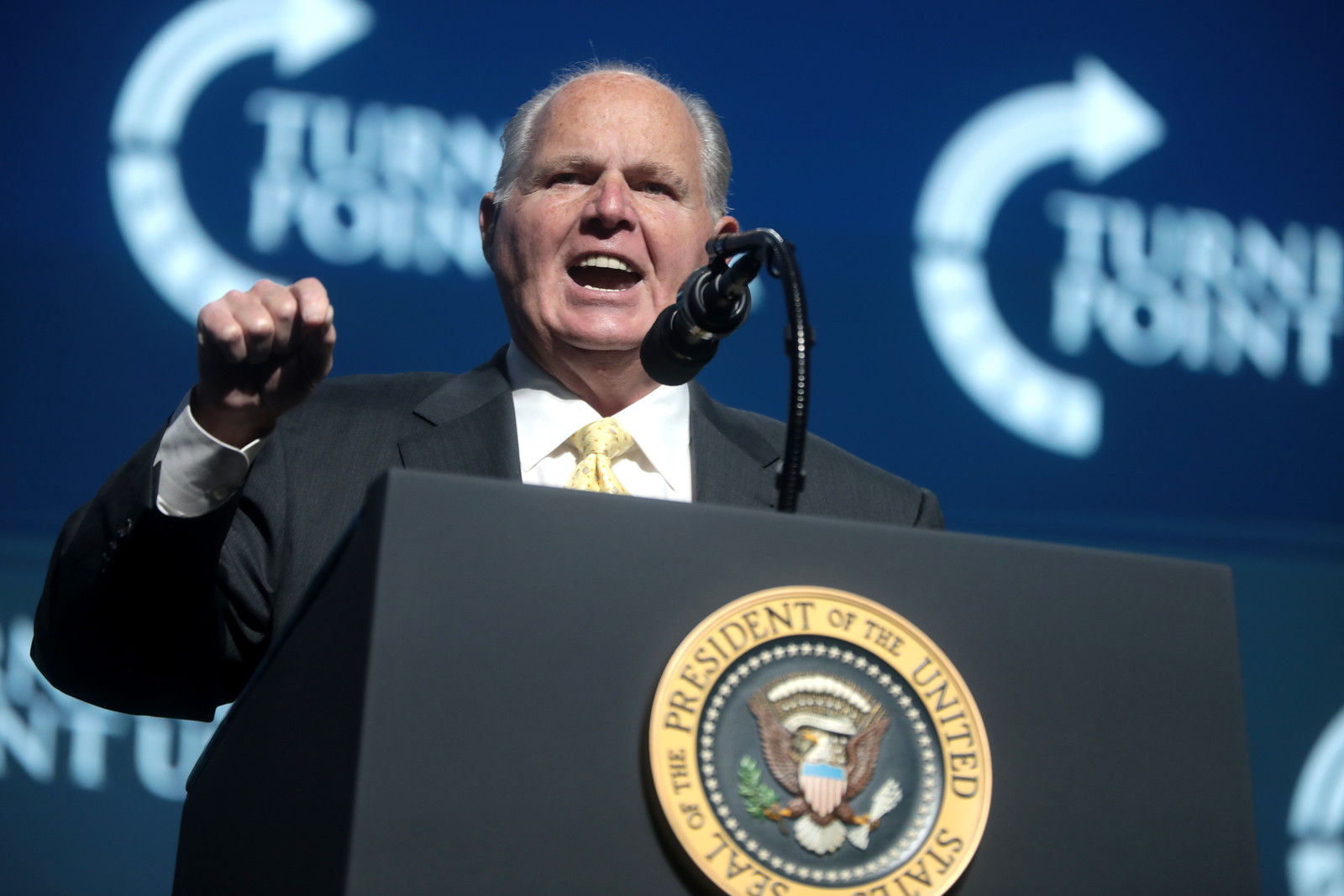 Joe Biden’s handlers are keeping the candidate away from the public and the press.

There is a reason for that.

And Rush Limbaugh exposed this truth that Joe Biden doesn’t want you to know.

But they also know they just have to run out the clock for a few more weeks until Election Day.

That strategy collapsed when Rush Limbaugh pointed out the one thing that Joe Biden is hiding from.

During a recent broadcast Limbaugh called attention to the carefully stage managed events Biden puts on for the rare occasions when his handlers allow him out of his Delaware basement.

Limbaugh explained that when Biden ventured out in public it was to speak to crowds of 10 or 15 fans in the press who were spaced out six feet apart sitting in white circles.

To explain this bizarre behavior Limbaugh cited a POLITICO story detailing the extraordinary lengths Biden’s handlers go to in order to prevent Biden from catching COVID.

“Joe Biden sitting out in a wheat field with three or four reporters, 12 feet distant from each other in white circles. They’re not allowed to get — by the way, there’s a story about this today, about Biden and the reason he’s conducting these events the way he does and the reason why there’s so few of them. The story is that he is literally paranoid and afraid of getting COVID-19, which is something he’s not alone in,” Limbaugh stated.

But there could more going on.

COVID social distancing may be the excuse Biden’s handlers use to mask the real issue.

By enforcing strict social distancing measures and claiming to want to limit travel to respect public health measures, the campaign can hide Biden from the public as much as possible.

And that is the fact that Biden is a feeble-minded candidate that has no idea what is going on any longer.

President Trump’s accused Biden of being a figurehead that will soon resign if he wins the election.

Kamala Harris hinted that could be the case at a virtual campaign event when she referred to a “Harris administration.”

“We will need to make sure you have a president in the White House who actually sees you, who understands your needs, who understands the dignity of your work and who has your back. A Harris administration together with Joe Biden,” Harris stated.

The next day in Florida Biden also referred to a “Harris-Biden administration.”

These Freudian slips reveal what is really going on.

Biden is there to be the name on the ballot because he is the one candidate Democrats could put up that would offend the fewest amount of people.

If he wins the election Joe Biden will no more be the President than he will be the head chef at the White House.

Both Biden and his running mate confirmed Kamala Harris will essentially be running the government if they win.

If you want Conservative Revival to keep you up to date on any new developments in this ongoing story and the rest of the breaking news in politics please bookmark our site, consider making us your homepage and forward our content with your friends on social media and email.