Joe Biden’s Presidential campaign is in rough waters. The former Vice President is under attack…

Former President Bill Clinton was dreading this day. Clinton wanted to keep one secret from…

There are just five months until Election Day. President Trump is fighting off crises on…

Many Americans are worried about Joe Biden’s health. Biden and his campaign have tried to…

Michelle Obama Got One Question About 2020. The Answer May Be Bad News for Trump

The Democrat Party Presidential field is descending into chaos. A meltdown at the Iowa Caucus…

Barack Obama stoked racial divisions for his two terms in the White House. But no… 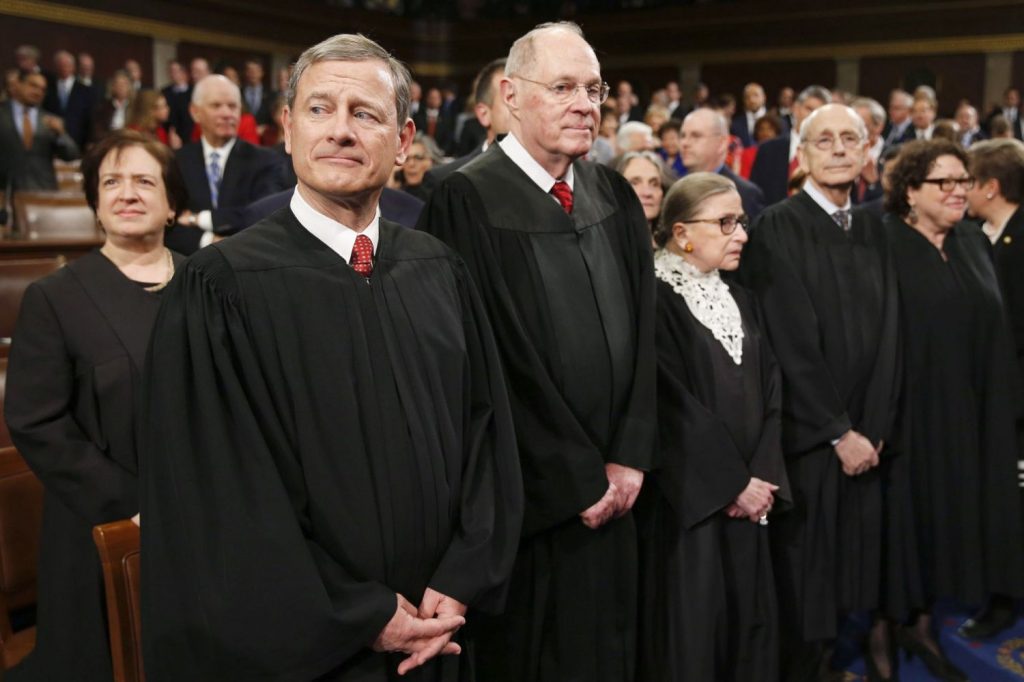 The American system can’t take any more shocks in 2020.

But the public almost faced another political crisis.

And one Supreme Court Justice hid their stay at the hospital for this scary reason.

Chief Justice John Roberts turned into one of the biggest villains on the Supreme Court.

When George W. Bush nominated John Roberts back in 2005, Bush presented Roberts as a conservative justice in the mold of Antonin Scalia and Clarence Thomas.

That turned out to be another establishment betrayal.

Over the past several weeks, Roberts sided with the left to preserve amnesty, abortion and the homosexual agenda.

But now the talk is shifting from Roberts’ judicial betrayal to his health.

That happened after a bombshell report in the Washington Post exposing the fact that Roberts covered up an overnight hospital stay after suffering a scary fall at the Chevy Chase Club in Maryland.

The 65-year-old chief justice was taken by ambulance to a hospital after the June 21 incident at the Chevy Chase Club, which was serious enough to require sutures. He stayed at the hospital overnight for observation and was released the next morning.

Roberts has twice experienced seizures, in 1993 and in 2007, but Supreme Court spokeswoman Kathleen Arberg said doctors ruled out that possibility in the latest incident. Doctors believe he was dehydrated, she said.

Much of the recent retirement talk focused on Ruth Bader Ginsburg, Clarence Thomas and Samuel Alito.

But this is the third time Roberts fell down after suffering a health issue.

And this incident involved an overnight hospital stay and stitches in his head.

Roberts’ health issues are leading to a new fear among conservatives.

And that is, if Joe Biden wins the White House and Democrats seize power in the Senate,that Roberts will pull the biggest double cross ever and retire allowing Biden to nominate his successor and tilt the court left for generations.

The first time Democrats lose a case under Biden, they will threaten to pack the court with up to six new liberal justices.

If Chief Justice Roberts proved anything over the last decade, it is that he’s a coward that will always fold in the face of left-wing pressure campaigns.

It would not be hard to imagine Roberts retiring in the name of statesmanship or handing Democrats victories in every key case so long as they hold the White House and the Senate to preserve the nine justice Supreme Court.