Sean Hannity is one of Donald Trump’s strongest defenders in the media. The top rated…

Hillary Clinton is About to Face Trial. Here is Why She will Be Found Guilty

Donald Trump set a trap for the Democrats in the upcoming Presidential race. And the…

Chuck Schumer surveyed the 2020 landscape and came to one unbelievable conclusion. The Democrats were…

The Democrat field for President just encountered a major shakeup. No one thought what just…

Barack Obama has no bigger goal in 2020 than defeating Donald Trump. The former President… 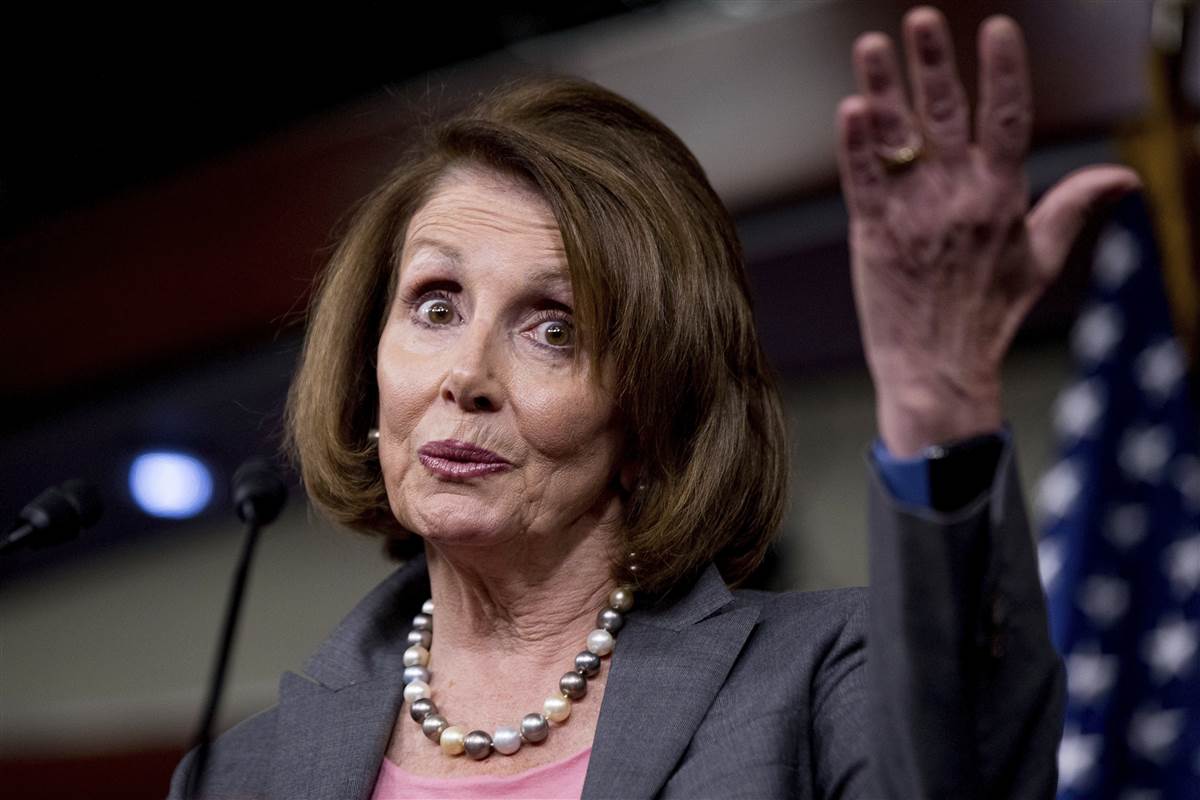 Donald Trump is once again campaigning on draining the swamp.

And one of the biggest opportunities sits right in front of him.

That’s because Nancy Pelosi wanted to run and hide after this corrupt financial deal became public.

The Trump administration released the names of the companies that received loans from the Paycheck Protection Program.

This popular program shoveled hundreds of millions of dollars out the door to businesses across America to keep workers on the payroll during the government imposed shutdowns.

This program was one reason unemployment never reached Great Depression era levels of over 20 percent.

Americans began to scrutinize the companies to see if the program served its intended purpose to rescue small businesses.

One name that stuck out was EDI Associates, a company co-owned by Nancy Pelosi’s husband Paul Pelosi.

The Detroit News reported that “EDI Associates is listed as a recipient of a loan between $350,000 and $1 million. The same company was listed in Nancy Pelosi’s latest House financial disclosure report filed in May 2019, for the year 2018. Paul Pelosi is a businessman and investor.”

“EDI Associates is listed in Pelosi’s disclosure form as located in Sonoma, California. It’s identified as a limited partnership with an investment in the El Dorado Hotel. The value of the asset on the form – identified as belonging to Pelosi’s spouse – is listed as between $250,001 and $500,000,” the Detroit News added.

“He’s an investor. So, he was not aware the loan was applied for,” Pelosi spokesman Drew Hammill stated.

Speaker Pelosi was not the only lawmaker to see a business connected to them or their family receive a paycheck protection program loan.

And the program still has 134 million dollars left over so members of Congress did not jump the line ahead of ordinary Americans.

But Nancy Pelosi is one of the wealthiest members of Congress.

And she routinely attacks the rich for not paying “their fair share” in taxes or blasting big business for looking for special favors from government.

And it could provide ammunition for Donald Trump to resurrect his highly successful “drain the swamp” message from his victorious 2016 campaign.

President Trump is trailing Joe Biden in the polls.

Trump needs to change the dynamics of the race if he hopes to win in November.

Her husband getting a bailout could provide new fodder for the President on the campaign trail as he tries to turn this election into a choice between Republican and Democrat governance as opposed to referendum on his time in office.