Many Americans are worried about Joe Biden’s health. Biden and his campaign have tried to…

Barack Obama is front and center in the 2020 election. Democrats thought that would be…

This was the Democrats’ nightmare scenario. Even though Joe Biden scored a series of massive…

Joe Biden is facing a major decision about his selection of a running mate. Now…

The Supreme Court Handed Down One Decision That Blindsided Donald Trump

Donald Trump just got some bad news. It came from a place he never expected.… 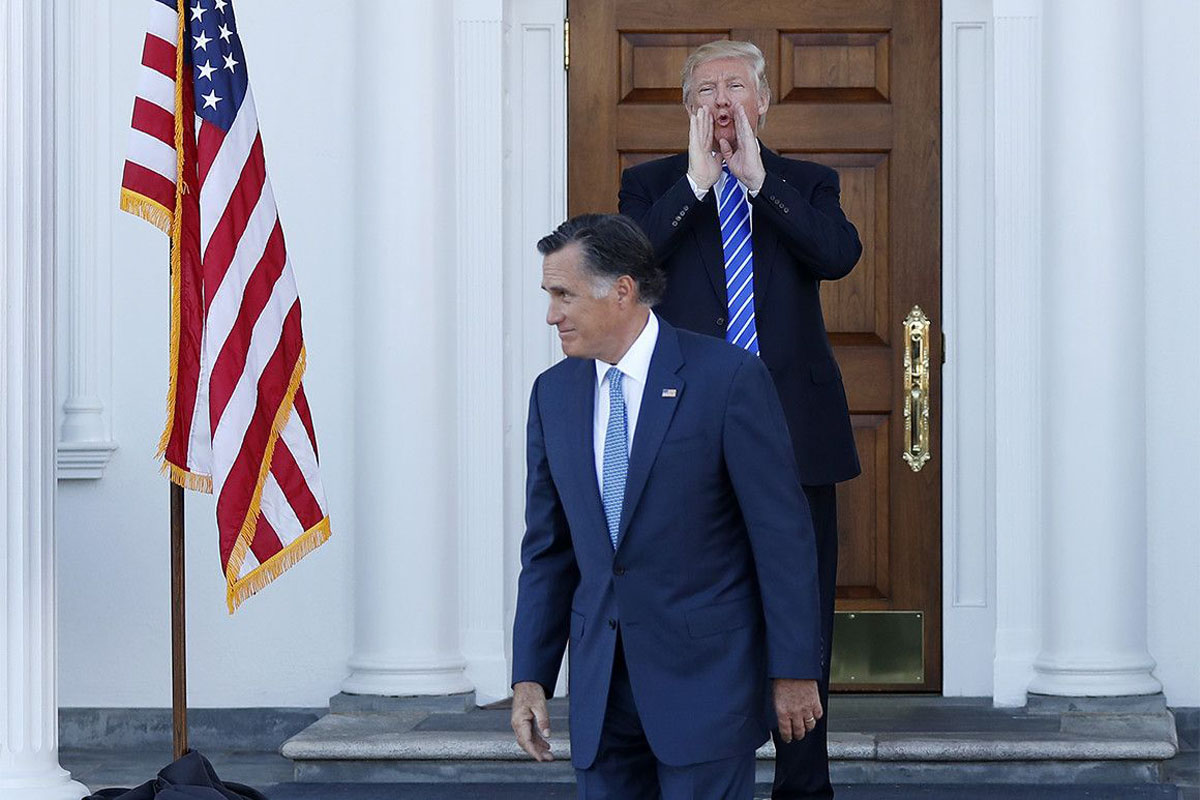 The failed Presidential candidate sent shockwaves through Washington by saying these three words.

And it meant that Mitt Romney sent one message to Nancy Pelosi that impeachment was back in the table.

Trump supporters celebrated the President granting mercy to Stone asone act of justice to right the wrongs of years of Democrats, the fake news and the Deep State using the Russian collusion hoax to bring down Trump’s presidency and jail his friends for the only crime of working for Donald Trump.

But Utah RINO Mitt Romney did not see things that way.

Instead, Romney lashed out on social media, screaming about “unprecedented corruption” in the President commuting Stone’s sentence.

“Unprecedented, historic corruption: an American president commutes the sentence of a person convicted by a jury of lying to shield that very president,” Romney wrote.

Romney’s tweet came one day after Michel Flynn’s attorney, Sidney Powell, filed a new motion in court revealing that the FBI agents that interviewed Flynn in January 2017 reported that they believed Flynn was telling the truth when they interviewed him about his phone call with Russian Ambassador Sergey Kislyak and also determined that Flynn was not acting as an agent of Russia.

All of this information was not turned over to Flynn’s defense team before Flynn pled guilty to lying to the FBI as part of Robert Mueller’s witch hunt.

Romney looked the other way on these clear examples of “unprecedented corruption” because speaking out would not win Romney any plaudits from left-wing fake news reporters.

Senator Romney’s only goal in office is to rewrite his political legacy from his two disastrous failed presidential campaigns in 2008 and 2012.

Romney’s path to being remembered as a “statesman” – which is what the fake news calls every Republican that agrees with Democrats on all the big issues – is to sell out the conservative base and sabotage President Trump.

Romney put phase one of that plan in motion with his seditious vote to convict President Trump on the Democrats’ phony and partisan articles of impeachment.

Step two is Romney ignoring all of the evidence of malfeasance and criminal conduct committed by the Obama administration and the FBI in spying on the Trump campaign and instead falsely claiming the President righting a wrong is “unprecedented corruption.”