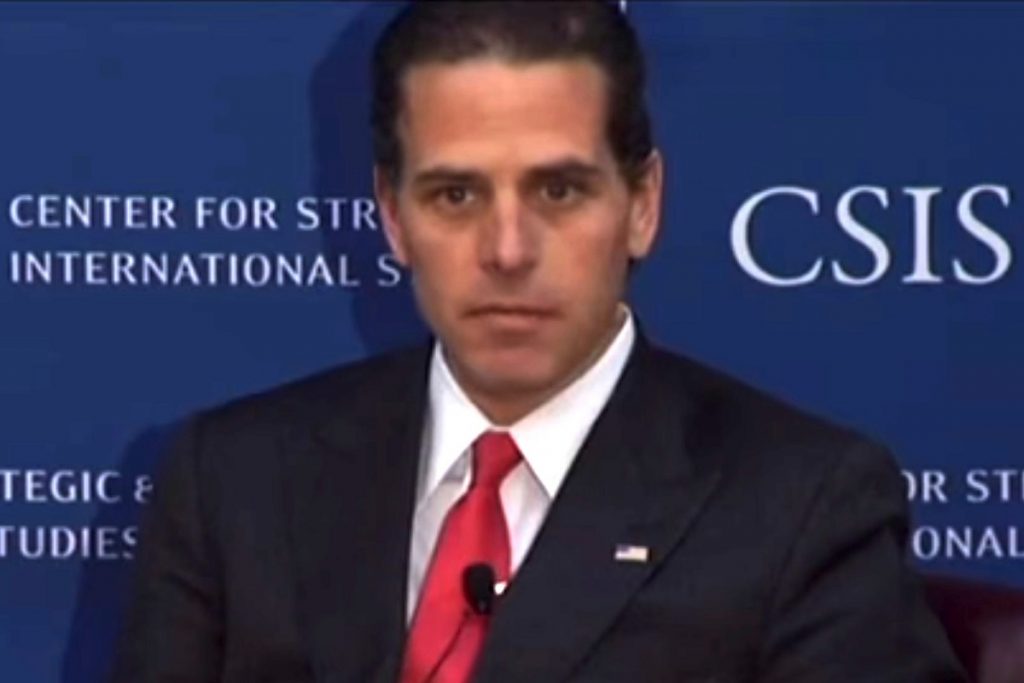 But there is more bad news on the way.

It’s shocking that he’s been able to get away with it for so long.

The Chinese gave Hunter Biden a giant payout for this shocking reason.

The mainstream media insisted throughout the election that Hunter Biden’s business transactions were entirely respectable.

Joe Biden even said that he was “proud” of his son Hunter on the campaign trail.

Now Hunter Biden was forced to confess that he’s under federal criminal investigation.

While Hunter is trying to suggest that he’s only under investigation for tax evasion, CNN reported that the investigation involves “multiple financial issues,” including whether Hunter Biden “violated tax and money laundering laws in business dealings in foreign countries, principally China.”

In a new email from December 2018, Hunter Biden suggested that he would receive a significant amount of money from the Chinese private equity firm BHR, that he helped found.

This completely contradicts the public statements that Hunter Biden released.

However, the new email suggests that Hunter was making a profit.

“The emails, which were located on a copy of Hunter Biden’s alleged laptop, show that he took out a $150,000 capital loan with one of BHR’s Chinese-based partners in July 2017 to help fund his $420,000 investment into the firm that year. When the loan came due in December 2018, Schwerin advised Hunter Biden to extend the loan for another year so he could pay it back with future distributions.” The Daily Caller reported.

“Since BHR will be making distributions in 2019 far exceeding $150,000 it is a no brainer to extend the loan,” Schwerin wrote to Hunter Biden and Mesires in a Dec. 20, 2018 email. “Of course, if we can execute the agreement as proposed 100% of those BHR distributions would go to you.”

Schwerin added that “BHR will generate far more income for you over the next couple of years” and urged that it was a better investment for Hunter Biden than his other business ventures.

It’s not quite clear if Hunter Biden received distributions from BHR in 2019 and 2020 but Mesires wouldn’t return multiple requests for comment from The Daily Caller.

“Chinese business records accessed Wednesday show that Hunter Biden still holds his 10% stake in BHR through his LLC despite multiple promises from President-elect Joe Biden that no one in his family would engage in business with foreign corporations or governments if he is elected president.” The Daily Caller continued.

While Joe Biden promised that no one in his family would conduct foreign business deals after he became the Democrats’ presidential nominee, it seems he is now going back on his word.

Hunter Biden appears to still be tangled in foreign business deals in a way that could influence his father’s foreign policy.