Joe Biden began feuding with Clarence Thomas 30 years ago. Now Thomas is about to…

Joe Biden was the oldest President ever sworn in for his first term in office.…

There continues to be major changes in the administration. Not everyone is happy. Joe Biden…

Democrats were shaking their heads. They could not believe what they saw unfolding. Joe Biden… 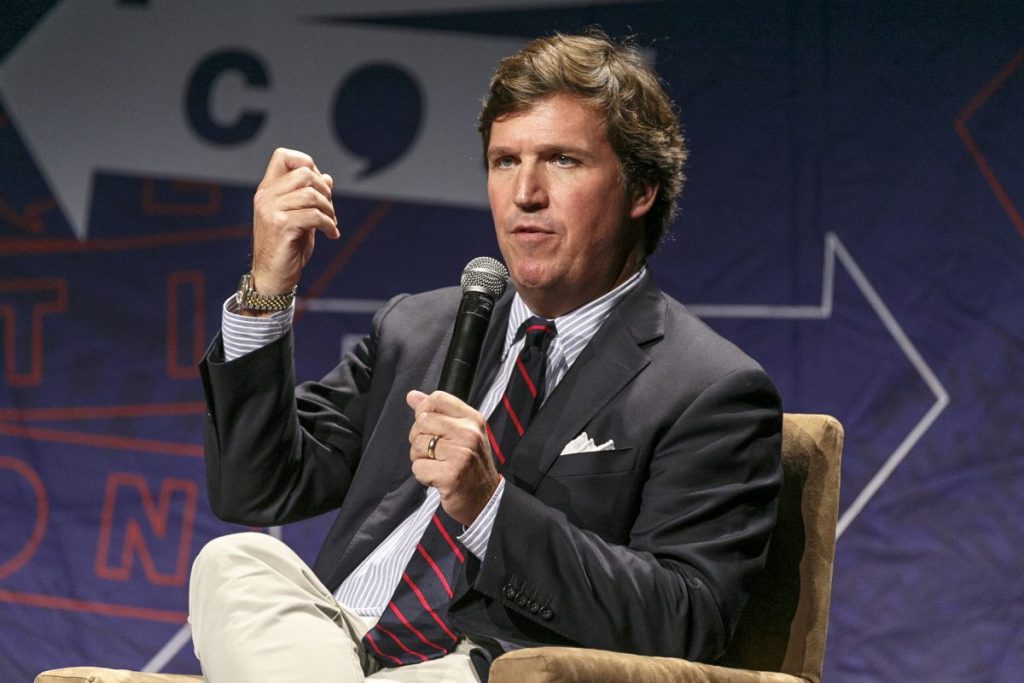 Tucker Carlson’s support for Donald Trump makes him a target.

His critics on the left are searching for any angle to bring him down.

And now a lawsuit against Tucker Carlson led to this response from Fox News.

Tucker Carlson returned from a four day vacation after fake news CNN and other voices on the left tried to pressure Fox News to fire Carlson after it was revealed that the head writer for his show made racist posts on an anonymous online message board.

Just as Carlson returned to the air, Carlson’s name appeared on court documents in a lawsuit filed by two women claiming sexual harassment and alleged rape.

“Ms. Eckhart’s counsel also explained to Fox News, in graphic and specific detail, that Ms. Eckhart was violently raped while helpless and restrained in metal handcuffs, as Mr. Henry preformed sadistic acts on her without her consent that left her injured, bruised and battered with bloody wrists,” the lawsuit said.

The Washington Examiner also reported, “It went on to claim that Henry took naked photos of her restrained without her consent ‘as an intimidation tactic to silence her, and to be filed away and retained for purposes of blackmail that could destroy her career.’”

Areu joined the lawsuit and once again aired her dubious allegations against Carlson and Hannity.

“She also accused Hannity of encouraging any man in the studio to take her out on a date and offering them $100. The offer was allegedly made on March 8, 2018, which was her late time on the show. Areu further accused Carlson and Kurtz of trying to get her to go to their hotel rooms in 2018 and 2019, respectively. She also said Caldwell tried to initiate a romantic relationship despite her repeated attempts to keep the relationship professional,” the Washington Examiner also reported.

Fox News responded to the allegations of sexual harassment declaring that Areu’s claims have been investigated and were deemed baseless by an outside law firm.

“Based on the findings of a comprehensive independent investigation conducted by an outside law firm, including interviews with numerous eyewitnesses, we have determined that all of Cathy Areu’s claims against FOX News, including its management as well as its hosts Tucker Carlson, Sean Hannity & Howard Kurtz and its contributor Gianno Caldwell, are false, patently frivolous and utterly devoid of any merit,” Fox News wrote in a statement obtained by the Washington Examiner.

The network also stated that it fired Henry as soon as it learned of the allegations by Jennifer Eckhart.

Chelsea Clinton Took On Tucker Carlson. This Is Why It Went So Badly For Her

Kamala Harris’ Life May Change Forever Because Of This Criminal Investigation